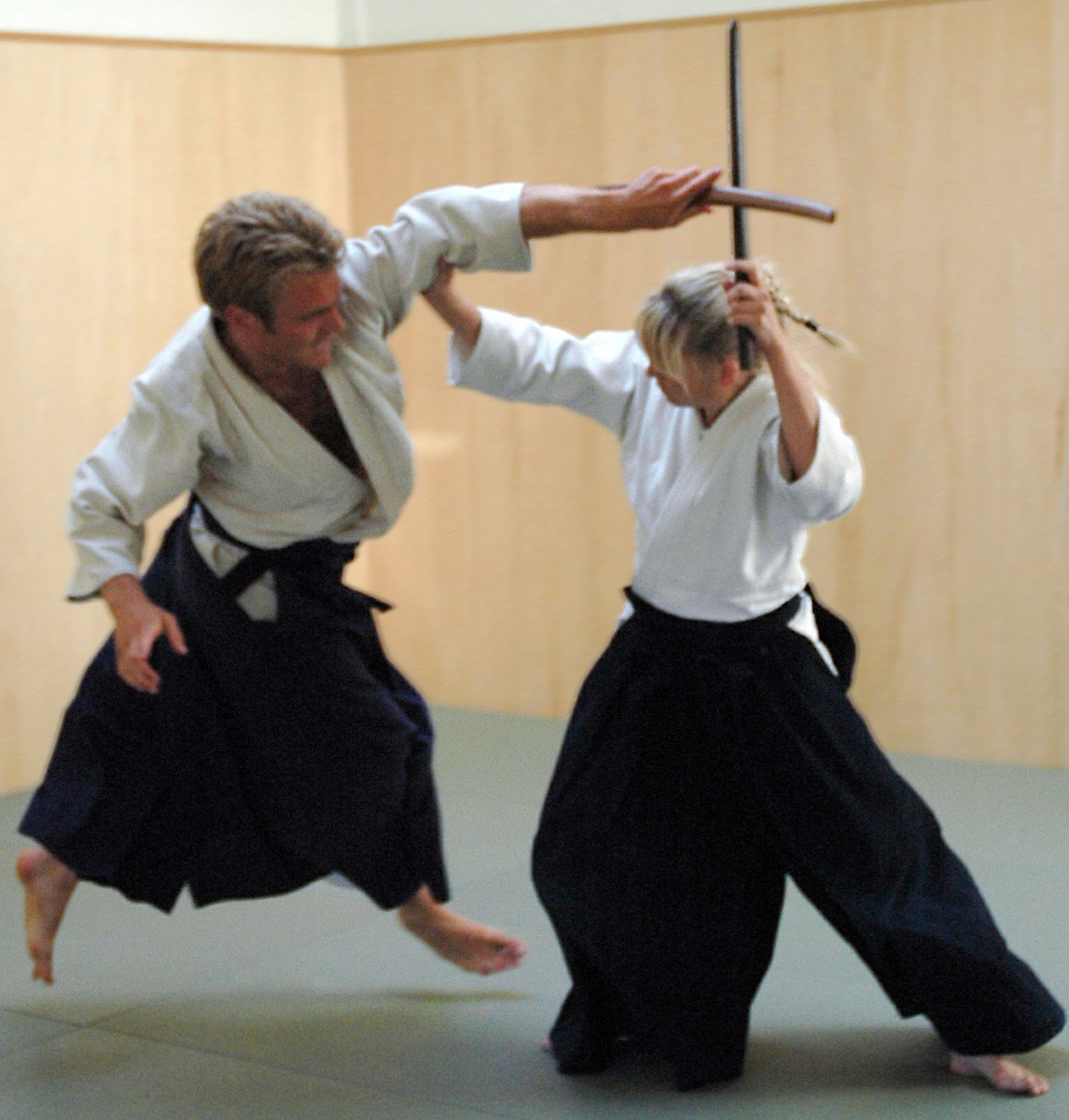 Suzuki Sensei began training aikido in 1982. Through her first teacher, the renowned William Gleason Sensei, 6th dan, she was introduced to the distinctive aikido of the late Yamaguchi Seigo Shihan, 9th dan and one of his most accomplished students, Takeda Yoshinobu Shihan, 8th dan.

In 1987, only 3rd kyu, Lia moved to Kamakura, Japan to train with Takeda Shihan, known for his highly dynamic, uniquely flowing and physically liberating aikido practice.

Lia Sensei lived in Japan and trained almost daily from 1987 to 1996 receiving her 1st through 4th dan gradings at Takeda Shihan’s dojo during that time. Her aikido clearly reflects years of dedicated training with Takeda Shihan and his senior students. Her aikido defies typical categorizations of “hard” versus “soft.” She possesses an uncanny ability to draw an attacker into her center and effortlessly redirect, either softly or with huge force.

Takeda Shihan’s students established Aikido Kenkyukai International – A.K.I (Aikido Research Group), and in 1996, at his urging, Lia Sensei returned to start a dojo in the U.S.A., first in Pennsylvania, then in Santa Barbara. A.K.I. also has dojo in Canada, Australia, New Zealand, and now in Chile, Uruguay, and Indonesia.

Lia Sensei directs her energies between AKI USA headquarters in California and AKI PA in Pennsylvania. She conducts seminars in Great Britain, Germany and the Netherlands. Lia Sensei continues to travel regularly to Japan to train with her teacher, Yoshinobu Takeda Shihan.

In addition to teaching Aikido to adults and children, Lia Sensei is also involved in ongoing projects employing Aikido in work addressing substance misuse and emotional/behavioral problems. Suzuki Sensei helped develop A.C.T. – Aiki Conflict Transformation © 2002 offering workshops and seminars to psychologists, counselors, educators, etc.  And her California dojos offer scholarships to under-served populations that would not otherwise have the opportunity to participate in the programs offered there.

Some of Suzuki Sensei’s community projects have included:

During her 9-year stay in Japan, she also studied the Japanese language and culture, while continuing her practice of Aikido. She presently holds the rank of 6th dan.

Suzuki Sensei is available for seminars worldwide. Please contact her directly to inquire about her availability.